After a lengthy scouring of the known world, Mama's Sauce is VERY excited to announce that we have found our new letter press operator; Elizabeth Ross. Originally from Pea Ridge, Arkansas, Elizabeth made her way to the Sauce from Baltimore, Maryland; where she spent the last year and 1/2 there as a letter presser. After going to school for design at Harding University, Elizabeth found herself at a crossroads; not wanting to spend her career behind a computer screen, but still wanting to be involved in the creative process in some capacity. She began her career in the print industry with a bit of luck, as an apprenticeship in 2010 would quickly turn into a career & passion; ultimately leading her to her new home with us! 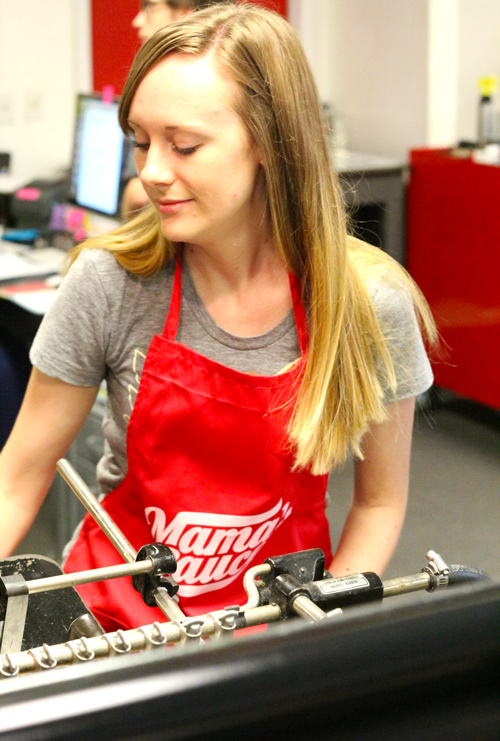 Elizabeth made a visit to the Sauce in May of this year, and after spending a weekend with the crew, both sides knew that this was a match made in print heaven. She has been with us for about a month now, and has since been churning out top notch work day after day. Any letter pressed projects going forward will be handled by our new "Queen of the 'Press," so be on the lookout for some great projects in the near future! 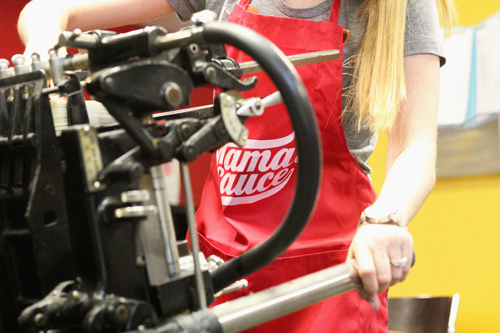 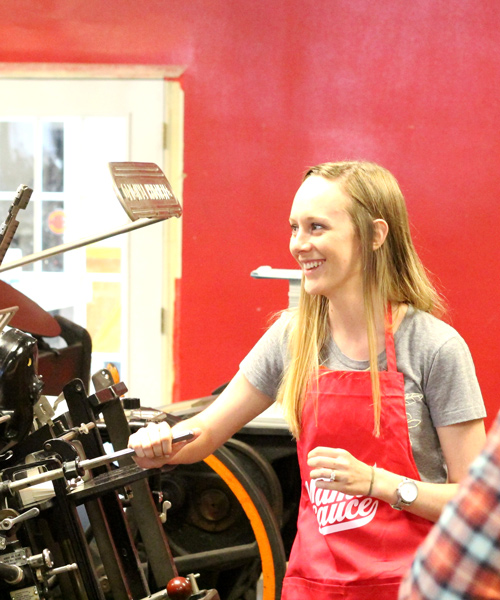 As an added bonus, not only did we get a super awesome new letter press operator, but she brought her dog too! The shop dog count now stands at TWO! 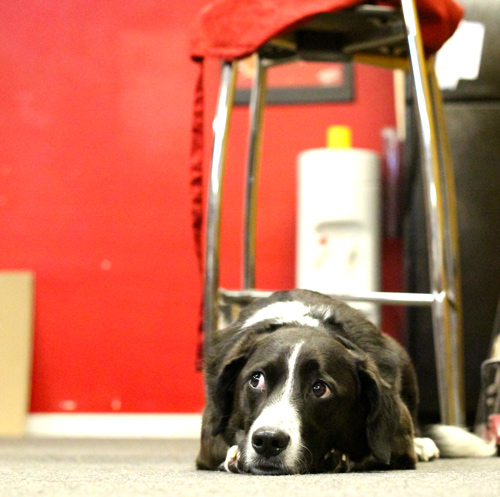